In the summer of 2009 we spent many days of effort and excitement creating Orbayu; and several days more trying to free climb it. 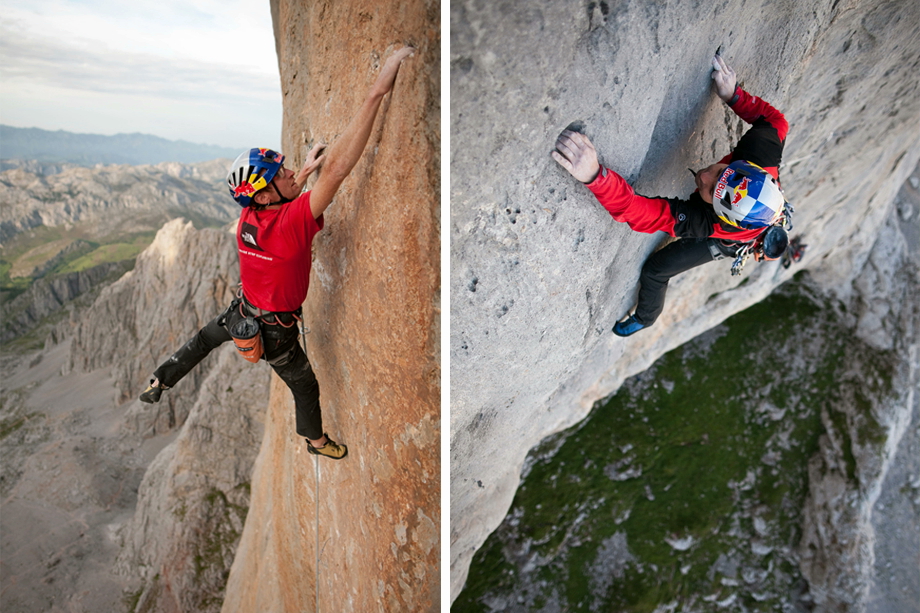 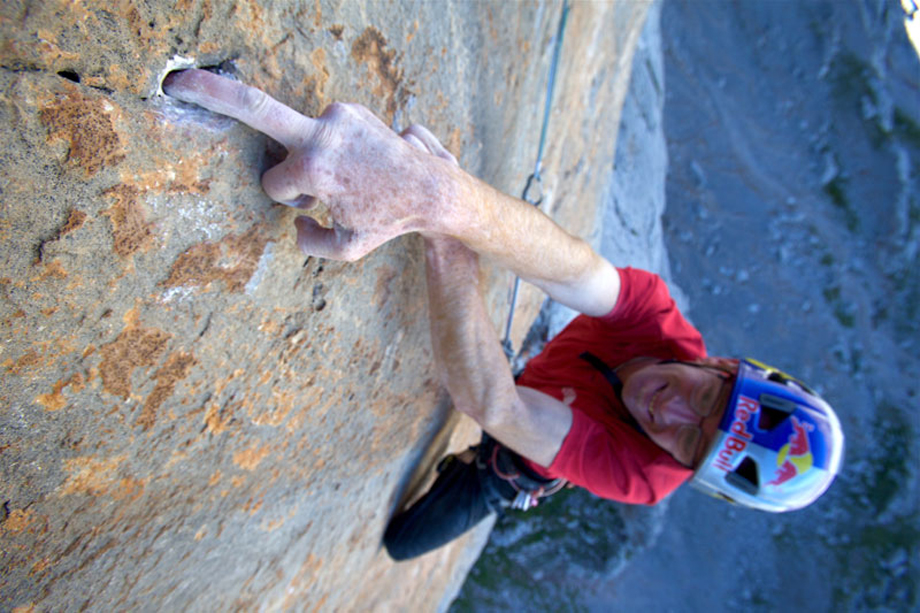 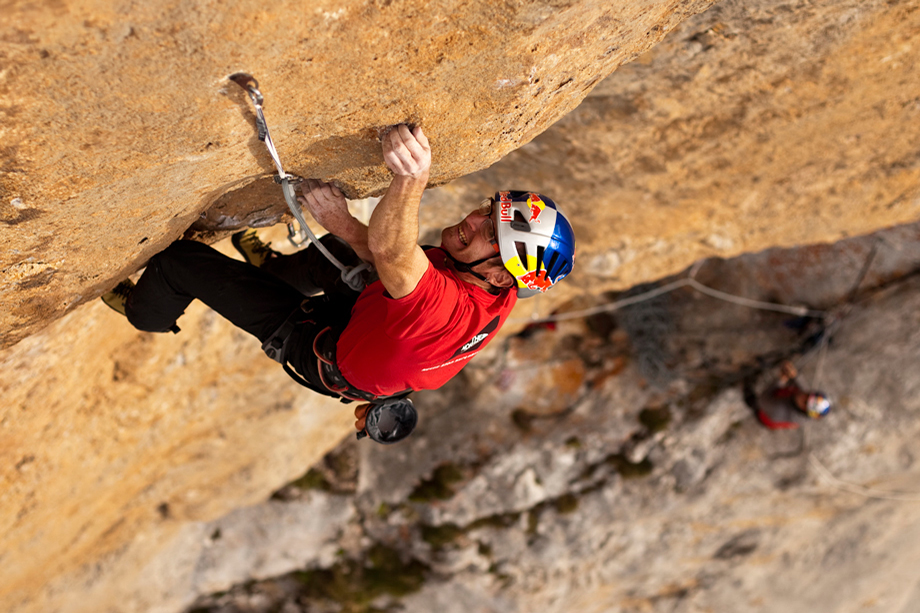 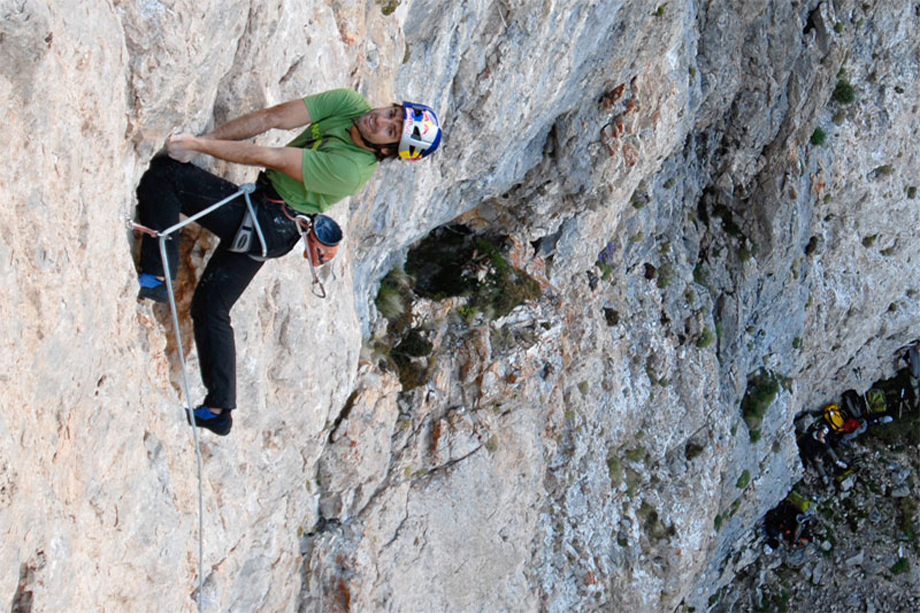 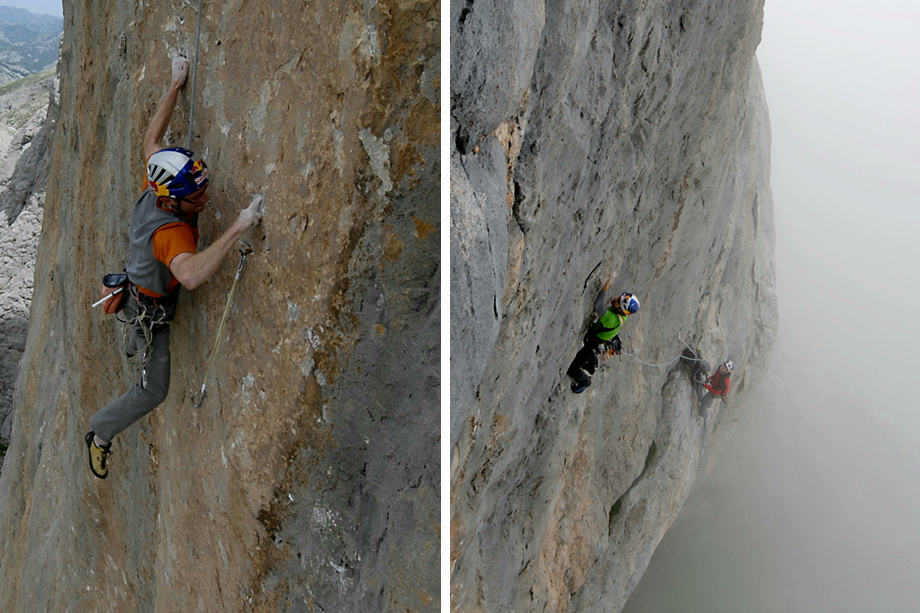 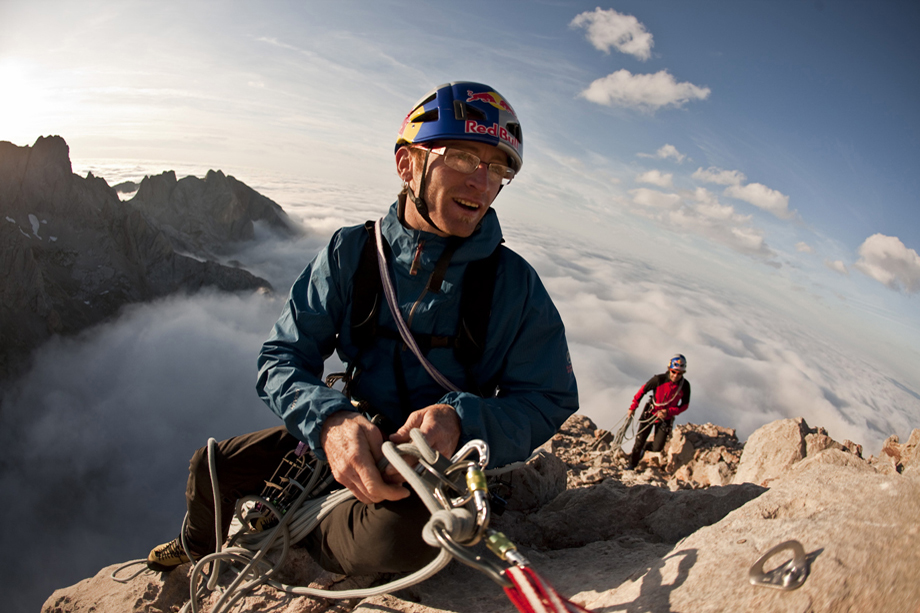 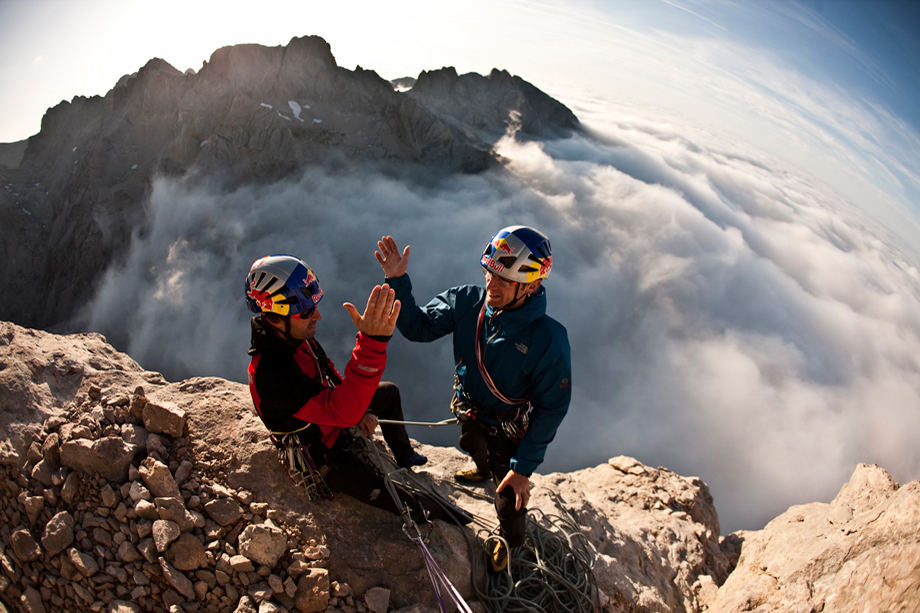 The fifth pitch (the crux pitch) was a real headache and for several days we really doubted whether we were capable of doing it. After much strain and effort, and as our strength began to wane, we found a possible variant to the right of the original route which would allow us to avoid the key section which we just couldn’t complete. The younger of the Pou brothers (Iker) completed
the pitch without any problems using that variant. The ethical conundrum that this posed to us was that we had to stray seven metres to the right of the original line returning to it a little further up, seven metres to the left. Halfway along the traverse is a rest without hands…
Despite wanting closure on the Orbayu project after having invested so much time in the initial opening of the route and the subsequent attempts at free climbing it, we decided that our climbing ethics left us with no choice but to persevere until we had successfully free climbed the crux pitch. This difficult decision led us to spend several more days on the wall, but finally we were able to ‘scend Orbayu, from bottom to top in one day, exactly as we had dreamt and
intended from the start.
This summer (2011) marks the first repetition of this route, by the hands of Nicolas Favresse and Adam Pustelnik.
They beg to differ with our appraisal of the route’s grade believing the route to be below our estimitation, with Nicolas suggesting 8b+ and Adam (who is similar in stature to Iker) 8c, despite that fact that they used the original system.
In 2009, and informed by our experience on some of the hardest walls in the world, we decided to grade Orbayu as an 8c+/9a, which meant that our route had the hardest grade in big wall climbing at that time. In all honesty, and as has always been a common thread in our careers, we graded the route based
on the effort (the number of attempts) we put into it.

At the time when we created the route, Iker was climbing 8cs on the second attempt, had on-sighted a few 8b+s, as well as a few 8c+s in four or five attempts, all in Etxauri (Navarre) on corroborated routes and in the same climbing style as Orbayu.