The hardest route of the Alps

In the summer of 2010, Iker and Eneko Pou decided to visit legends. Travelling the Alps in their camper van, they met the godfathers that changed climbing forever. Walking on the footsteps of Manolo, Alex Huber and Beat Kammerlander, they repeated some of the most iconic routes in the history of big-wall climbing: itineraries that show the way to the new generations. 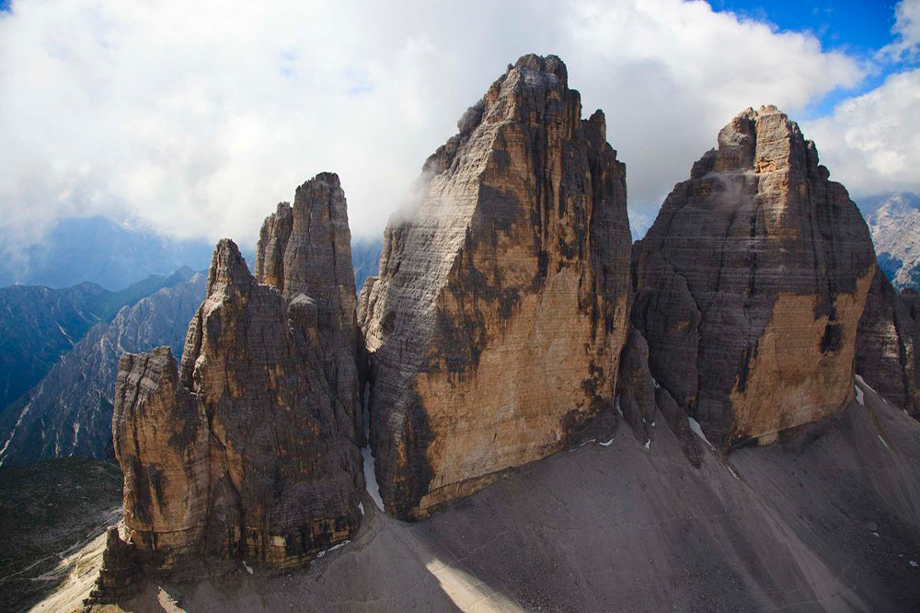 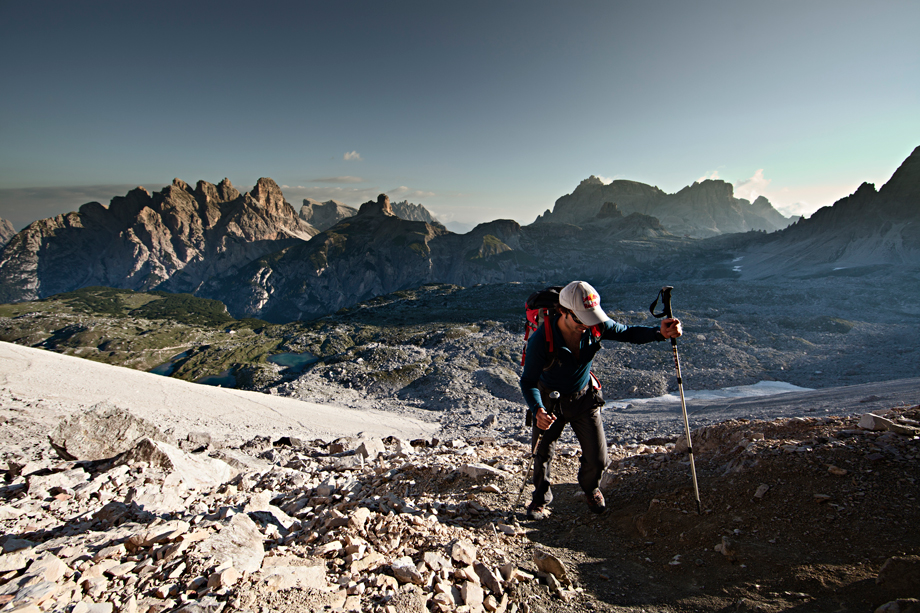 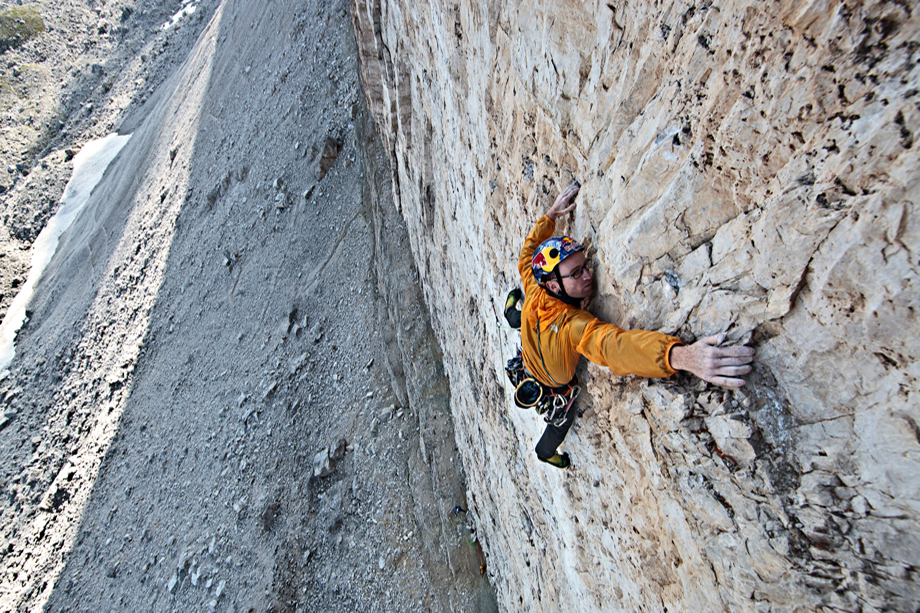 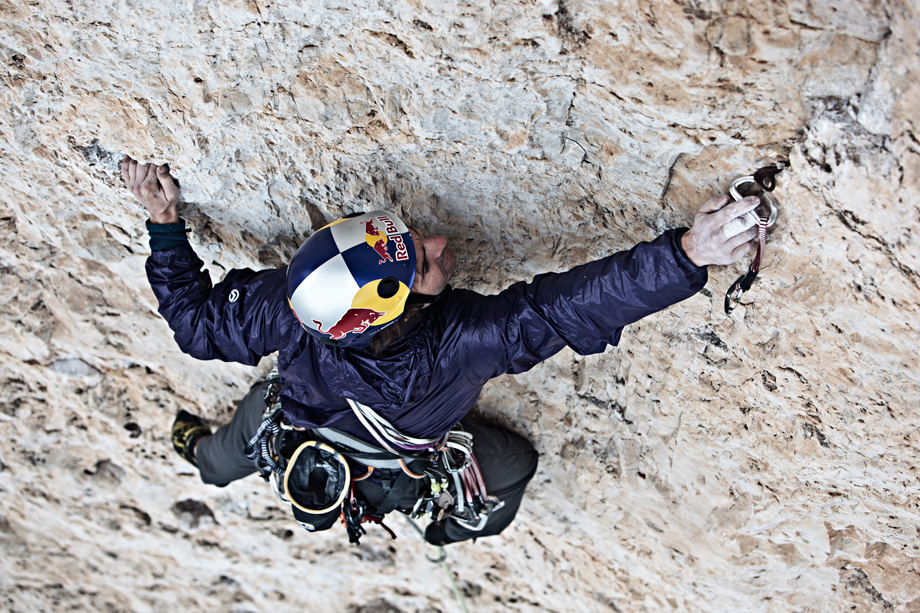 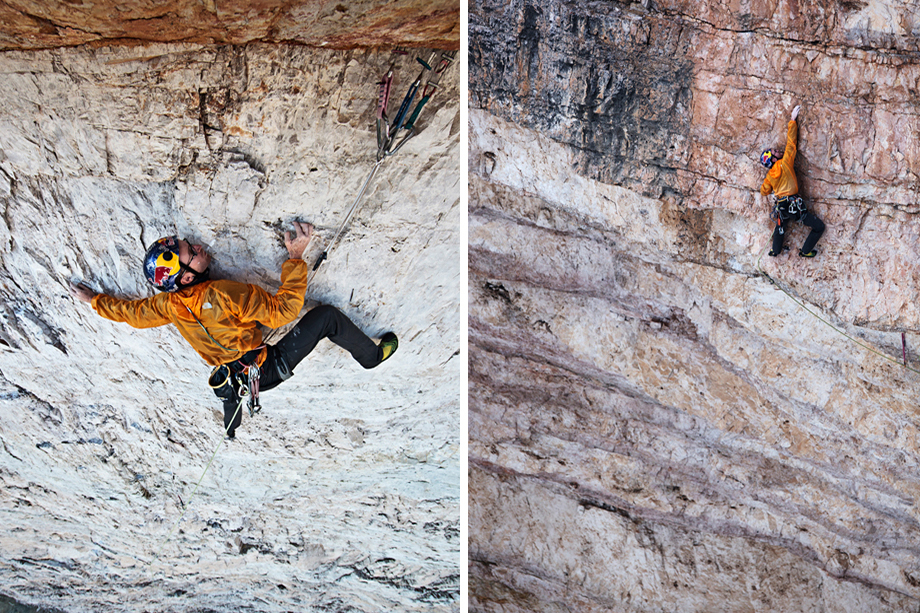 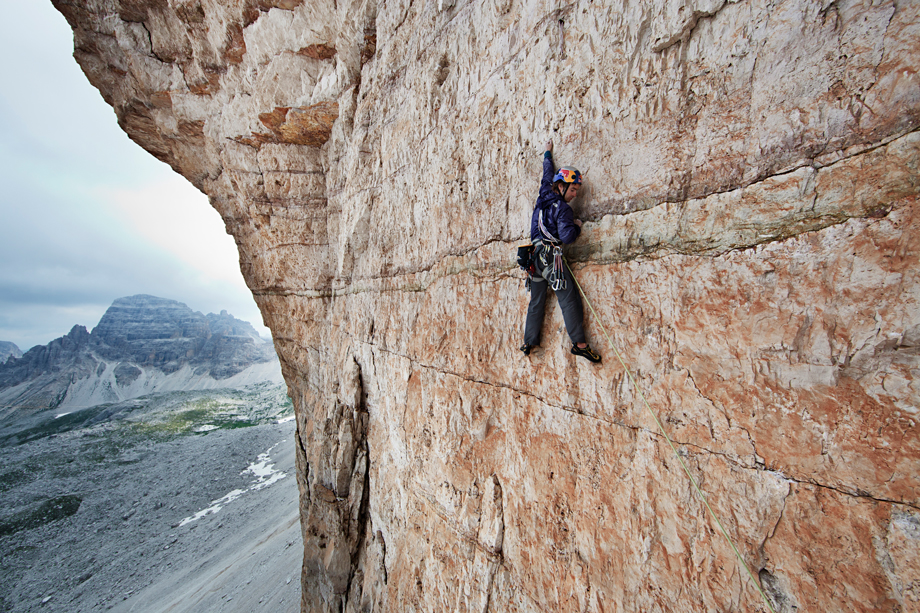 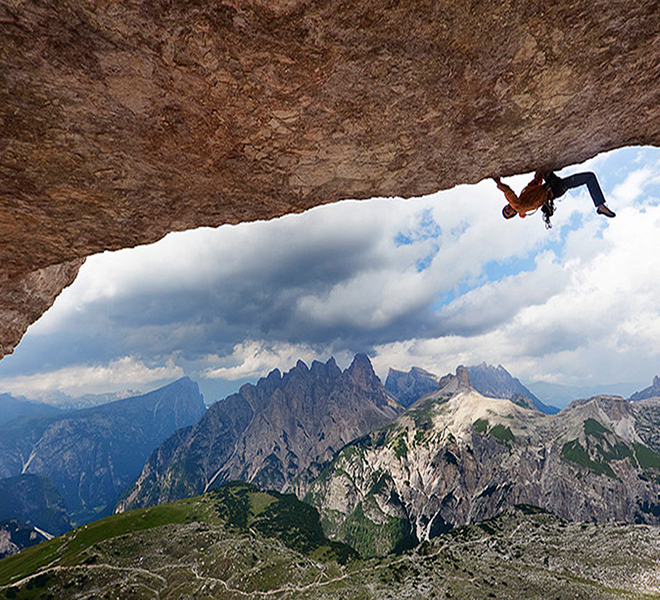 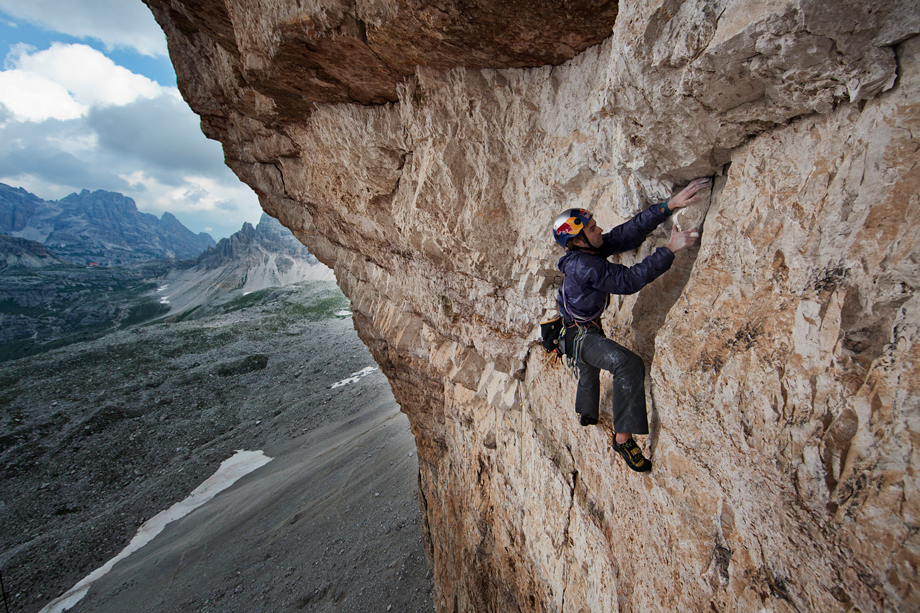 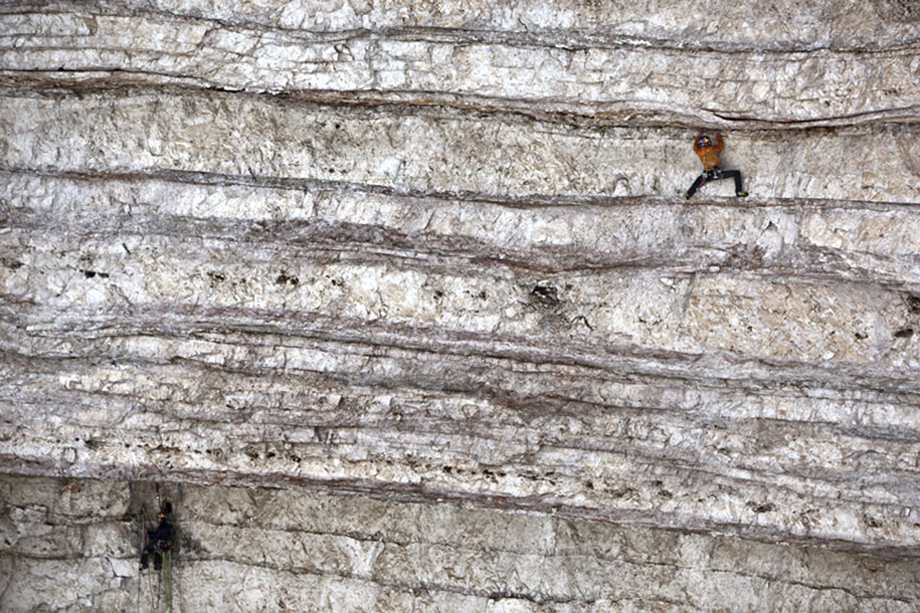 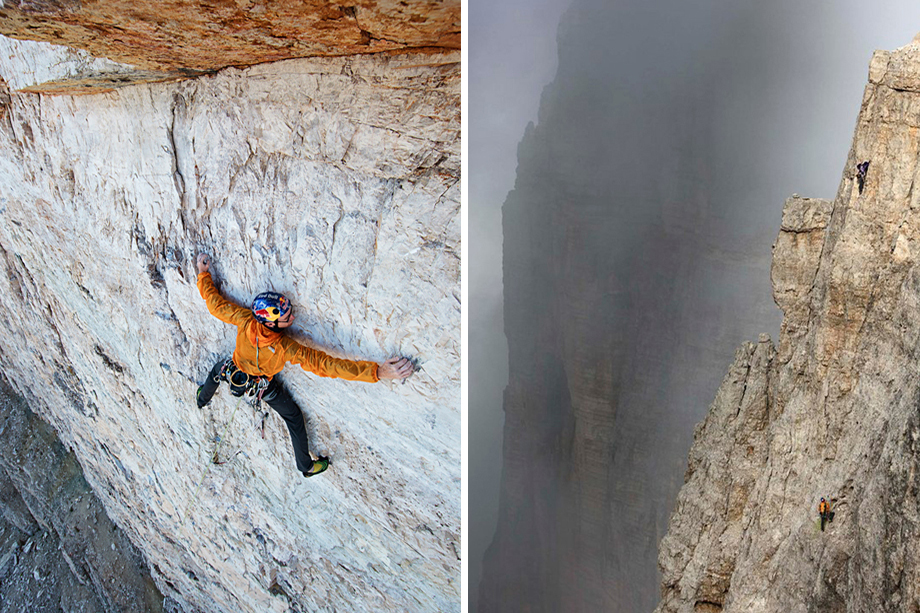 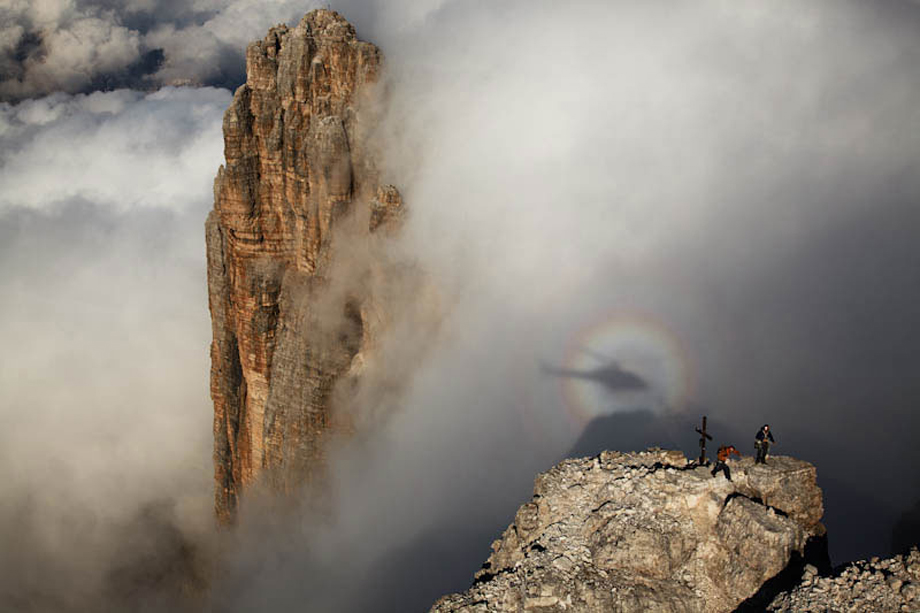 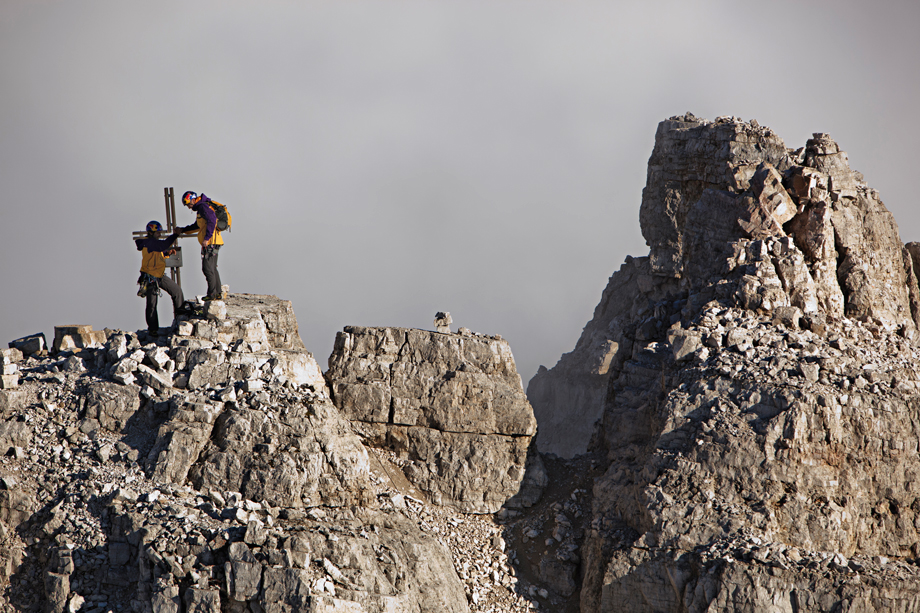 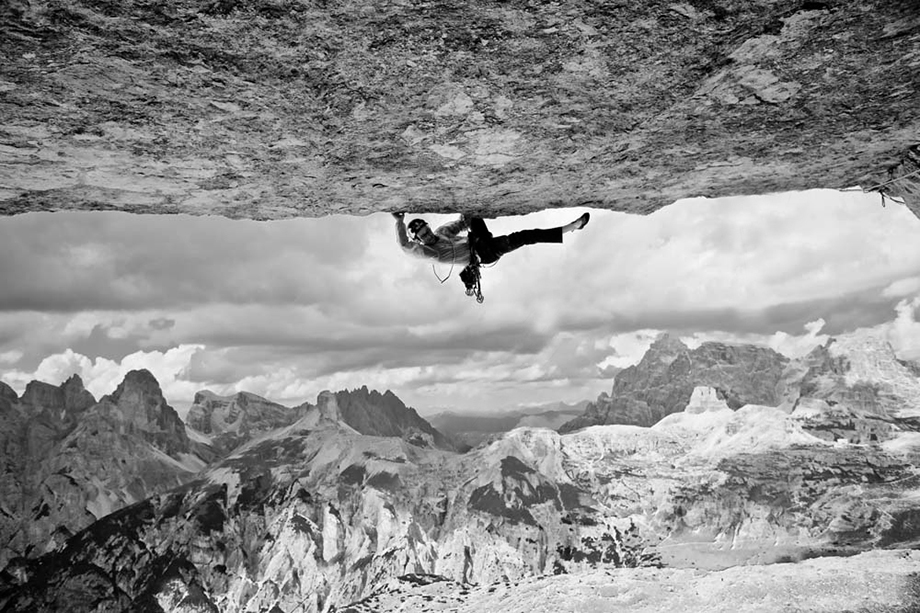 Panaroma, the super hard Dolomite multipitch route has been repeated by the Pou brothers. The route, first freed by the Alex Huber back in 2007, has pitches up to 8c in difficulty, with spaced protection. It crosses the huge roof on the North Face of Cima Ovest di Lavaredo, in the Dolomites.

Speaking about his ascent of Panaroma, Eneko Pou said:

“Panaroma bears the unmistakable stamp of Alex Huber: a difficult route over “rotten” rock with dubious safe holds… When we have to repeat a route, we always keep in mind what the German brothers have done. In our opinion, their routes are almost always synonymous with a “job well done”.”

The brothers climbed the route over three days and managed a completely free ascent.

“We ascended the first five pitches slowly, due to our lack of experience on this rock and because it is very exposed (Panaroma is the first route we have climbed in the Dolomites). Our conclusion after climbing the first part was clear: better not fall! When we reached the roof, it was an amazing sight: a futuristic overhang on a multi-pitch route!”

THURSDAY 13-15 JULY 2010:
We started climbing at 7:00 a.m., with potential storms forecast for the afternoon. In just under three hours, we completed the five pitches as far as the big roof, then we were ready for the first serious obstacle of the day: the 60 m, 8b+ pitch. This is not the best kind of pitch for Iker as he prefers them short and intense, but we were both sure that we could bring it off. 45 minutes later, time proved us right. He completed the pitch in the first attempt of the day, despite the fact that all the rocks on this very long traverse were very wet. Time for the 8c. In theory it’s the difficult one, but we were not scared of it because it was Iker-style: short and explosive, overhanging and aerial. With the first attempt, we realised that the previous day hadn’t clarified everything for us as much as we would have liked. The next three attempts also failed, one after another, until finally, on the fifth attempt, he hit upon a simpler method that enabled him to complete the pitch successfully. A thunderstorm was threatening in the sky above. Technically, the route ended here, after the overhang. But we wanted a “10 out of 10” score for this climb and decided we’d have to go over the top. Two more 6c+pitches and we had reached the Cassin-Ratti turn (the first route of the north face of the Cima Ovest). The time was 6:15 p.m. What should we do? The storm was looming above and we still had another 12 pitches and about 300 m to go. There were approximately three hours of light left, we didn’t know how long it would take us to go up, and even less so how long to go down. We decided to spend the night there. We didn’t have anything to make a bivouac with, and we hardly had anything left to eat: two gels, 4 ounces of chocolate, and a shot of Red Bull. The result of our decision was that we didn’t get a wink of sleep all night, despite the fact that we were holding on to each other the whole time. It was freezing up there! It rained at different points around where we were, but not a drop fell on us. At 4:30 a.m. the sun finally rose and at 5:30 a.m. we began climbing. At 9:00 a.m. we completed the Cassin-Ratti, and we hugged on the summit. Even though the descent wasn’t easy – crawling on all fours in the snow, both of us very tired – we got back to the parking area at 11:00 a.m. In the evening, we celebrated in the Auronzo mountain refuge, as the occasion deserved.