After a month of efforts in the Argentine Patagonia (El Chalten-Los Glaciares National Park), the Pou come back with the jackpot that involves opening their first climbing route in this demanding massif, famous throughout the world for its weather hardness and the beauty of its mountains.
After the ascent in the same place of Fitz Roy in 2007 and Cerro Torre in 2013, the Pou had pending the opening of a new route in this mountain range that they have named “Aupa 40!”, In clear reference to the 40 years that Iker fulfilled during the days of the ascension. In the technical section the route is as follows: M.7 / 85o / V + / 525m of approximate route that climbed in 10 uninterrupted hours, and 21 hours of total round trip activity from the Base Camp.
The route is specifically on the east side of the Guillaumet Needle, the famous mountain of the Fitz Roy tailpiece, and was practically entirely climbed with ice axes and crampons, given the winter conditions that are imposed on these southern mountains this summer.
The need to climb quickly and lightly – given the short preaching of good weather and the very long approximations – made the Pou lighten to the maximum in terms of the necessary equipment (especially boots and crampons), and down the mountain with Some problems of insensitivity because of the cold, especially in the lower extremities, which are being solved day by day.
As we mentioned, a particularly bad year in Patagonia, where the Alava brothers are pleased to have taken advantage of the only day of good weather they have found in their one-month stay in Argentina. Highlight that this opening will be the first stage of a global project in the style of what was “7 Walls 7 Continents” which will be called “The North Face 4 Elements” which, as its name suggests, try to climb four related mountains in some way with THE WIND, THE EARTH, THE FIRE and THE SEA. 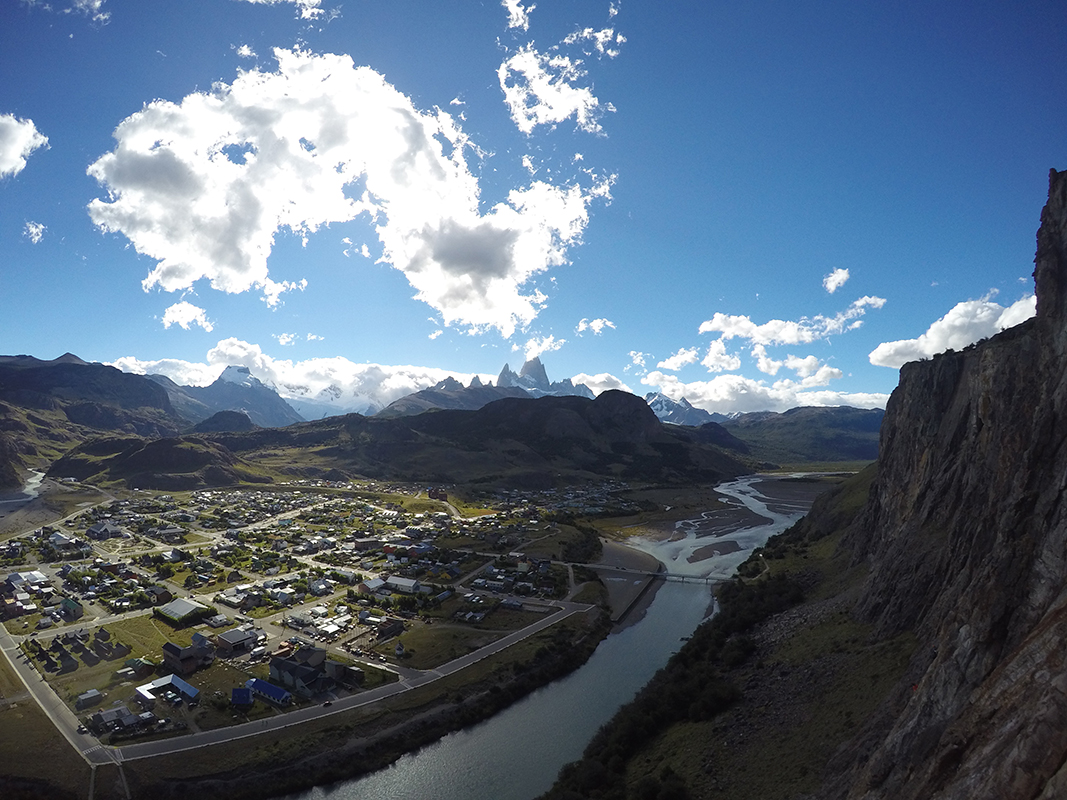 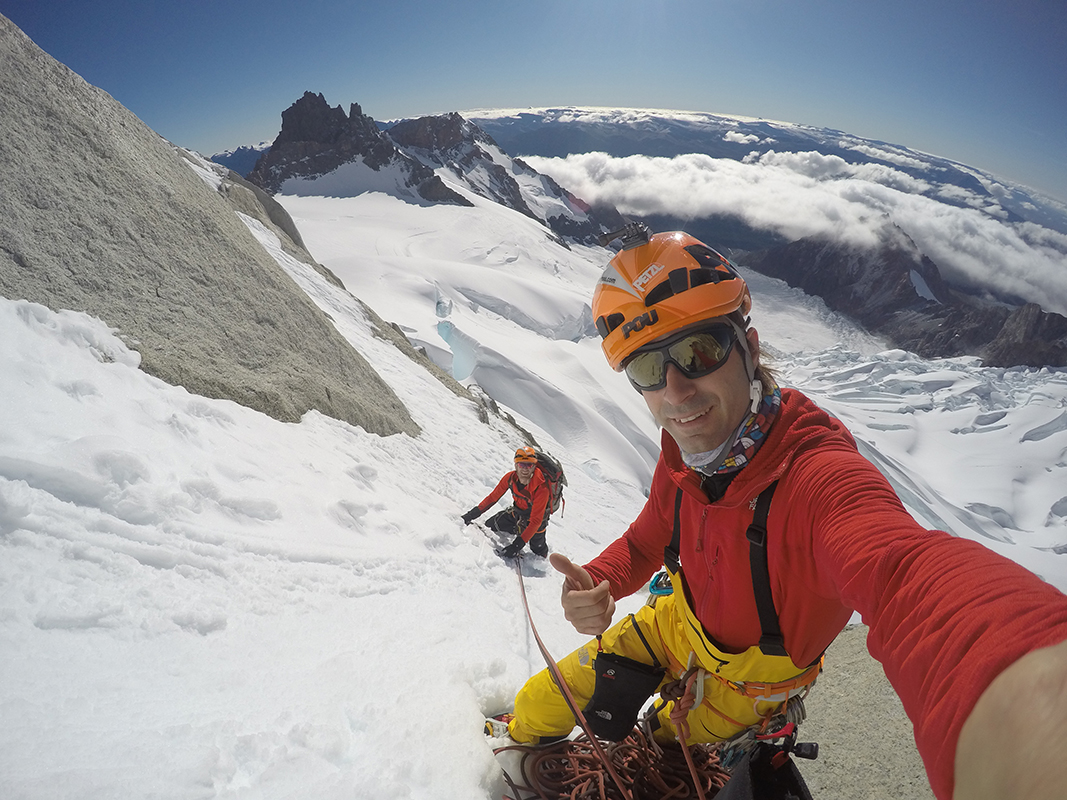 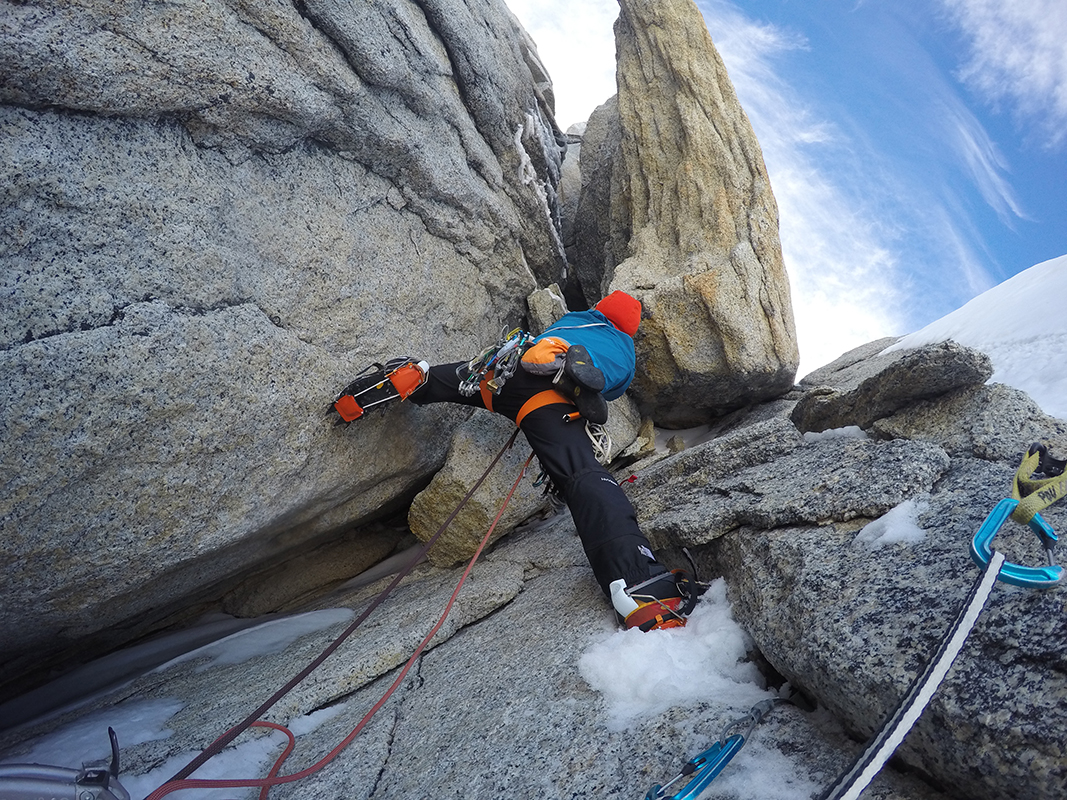 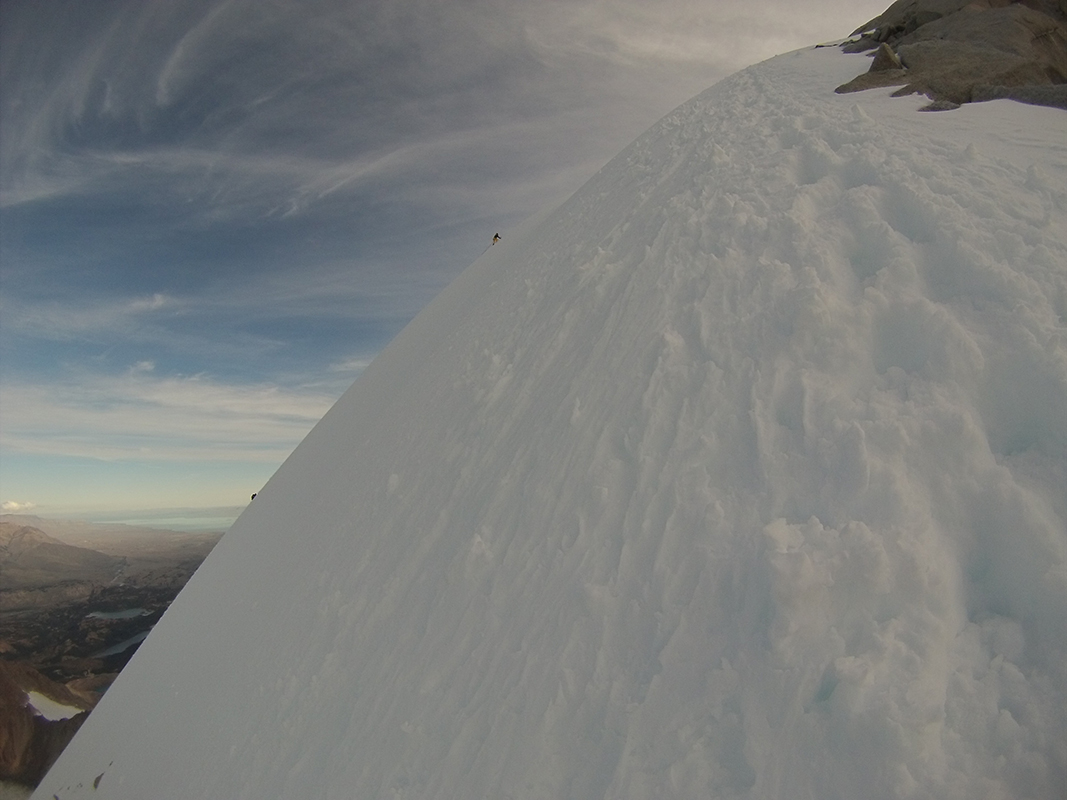 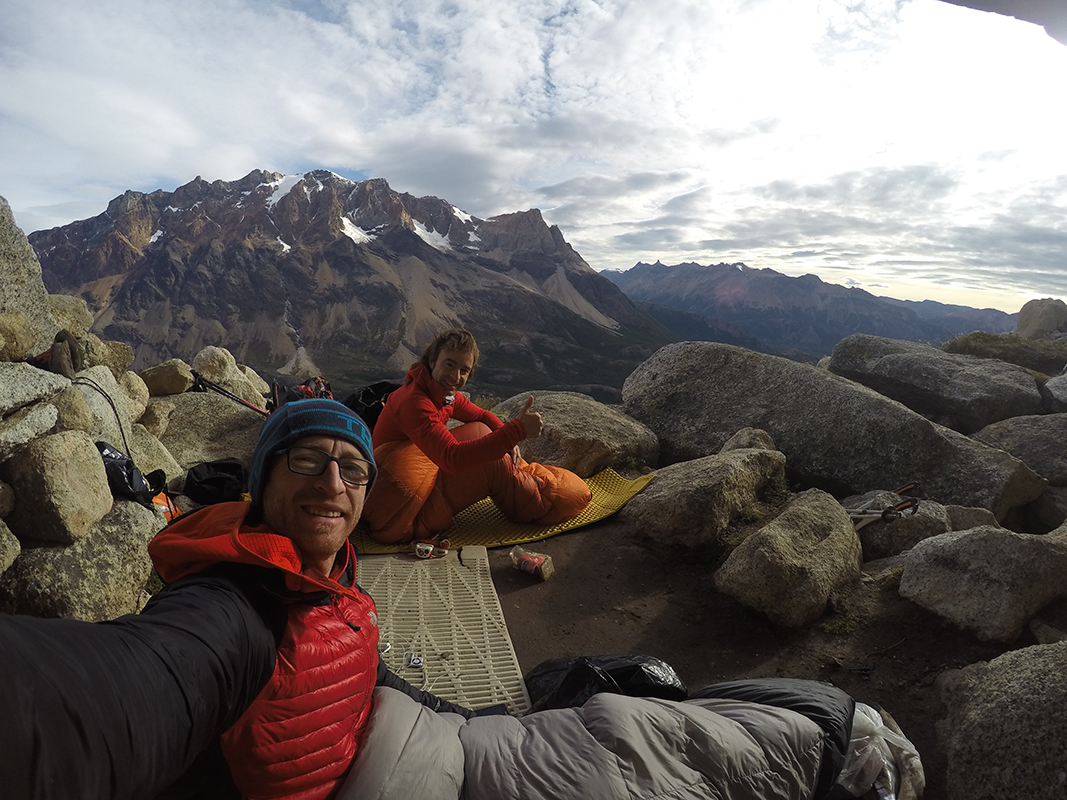 After a month of activity in Peru, the brothers Pou-Eneko and Iker- in the company of Murcia Manu Ponce and Pedro Galán from Cordoba, come from the South American country with three fantastic activities: Two openings and a first free climbing.
The first opening in the department of Amazonas, where they open the beautiful “YAKU MAMA” (“Mother Water”) 7a + / 185 m to the first waterfall of Gocta, thus completing the second stage of the “The North Face 4 Elements” project. Since they had plenty of days left, after their adventure in the Amazon jungle, they decided to reinvent themselves and move to the Andes, “where we moved to the Andean capital of Huaraz (3,000 m High) in 24 hours by bus ”.
The biggest problem with this change will be that they reach one of the highest mountain ranges in the world with sacks and clothes designed for the jungle, or what is the same: With very fine material for what life is like in high mountains, with what that the cold will be a constant during the rest of the expedition.
From here they will move to the Rurec Valley, a beautiful place at 4,200 m high where they will install their base camp for five days (of which two were sleeping on the wall) to get the first in free -also in sight- of the road Italian “Qui Io Vado Ancora” that happens to have a grade of 7c + / 8a- 585 m, one of the biggest difficulties that have escalated In Peru to this
height. The Italian way is work – it shows in the quality and difficulty of the opening – of the famous group of “Ragni di Lecco” and we climb it in free exactly 10 years after its opening; A good celebration for an excellent route of one of the most famous climbing groups in the world. The route ascends to the beautiful needle of the Chaupi Huanca (5,179 m).

Against all odds – since it has only stopped raining for two days throughout the expedition – the Vitorian brothers and the Murcian Manu Ponce, doubled their adventure to Cao Grande on the African island of Sao Tome and Principe, after reaching its summit twice.

First they are done with the main objective that was none other than to open a new route to this beautiful mountain, the second largest volcanic neck on the planet; In addition they will climb it in free with very high difficulties of up to 8b + – the route becomes the most difficult of the Cao Grande – and a length of 450 meters. They will baptize it as “LEVE LEVE”, in honor of the most famous popular saying of these islands, which translated into Spanish would be like “Slowly, slowly” or “quiet, quiet”.
They were fourteen hours of uninterrupted activity to finish the road, make summit with the last lights – it was 6:00 p.m. and it gets dark at 7:00 p.m. – and descend at night to the ground.
Wrapped in fog, they found very difficult conditions because of the water, since in general the whole peak was very wet on account of everything that had rained in recent days.

Despite the accumulated fatigue, and above all, with the opening of “Slight Slight” and the achievement of the summit, they considered their challenge achieved within the project “THE NORTH FACE 4 ELEMENTS”, after a few days off, the three climbers made an important effort, to ascend again to the Cao Grande by the English route (“NUBIVAGANT” 8b / 450m) and get the precious first ascent in free of this line.
This time there were twelve uninterrupted hours spent from floor to floor to achieve their goal; and if during the first ascent the biggest problem was the wet rock, during this second one this handicap was multiplied by two, since they climbed practically the entire soaked route and even in some sections they had to follow a small waterfall, so this It entails the danger of slipping and suffering an accident. Now it’s time to rest and reflect on what has been achieved, and above all, go thinking and researching to find a wall or a mountain that fits the fourth and final stage of this beautiful project “THE NORTH FACE 4 ELEMENTOS”.